Obituary for Marjorie Wiese, Mother of John Wiese of Mitchell 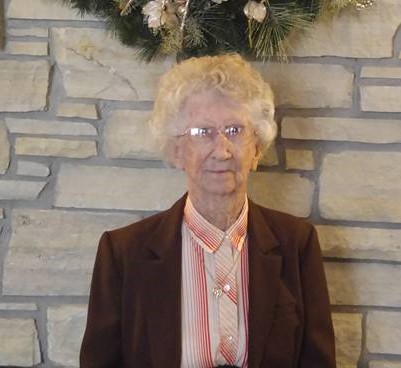 Marjorie Evelyn Wiese, age 99, of Mitchell, formerly of Fedora, passed away on October 28, 2022, at Firesteel Healthcare Center in Mitchell. Funeral services will be 10:30 AM, Monday, October 31, 2022, at Willoughby Funeral Home. Burial will follow at Graceland Cemetery in Howard. Visitation will be one hour prior to services on Monday.

Marjorie Evelyn Wiese was born on November 16, 1922, in rural Fedora. Marjorie was married to the love of her life George LeRoy Wiese on January 15, 1955, at Pipestone, Minnesota. The couple lived on a farm northwest of Fedora. Marjorie enjoyed traveling with George throughout the country.

Marjorie was a member of Endeavor Presbyterian Church, Fedora. Where she enjoyed being active in the church. She loved being out on the farm. George passed away on December 2, 2003. Marjorie continued living on the farm. She later lived with her daughter Marilyn Wiese due to her daughter’s health problems.  Marjorie was the sexton of Fedora City Cemetery for numerous years. She loved to visit and enjoyed the country and relative get togethers. Marilyn passed away on November 25, 2013. A few years later Marjorie moved to Mitchell where she was a resident of Firesteel Healthcare Center.

Marjorie is survived by her son John Wiese of Spencer.

She was preceded in death and will be greeted in Heaven by her parents; her husband George LeRoy Wiese; daughter Marilyn Wiese; two infant sons; and ten siblings.